Min Xiao-Fen has received a new commission from the Smithsonian Institute to compose soundtracks for two Chinese silent films “Romance of the fruits Peddler” and “Romance of the Western Chamber” from the 1920s, scheduled to premiere May 6, 2023 with percussionist River Guerguerian on Middle Eastern and Indian frame drums.

January 20, 2023, performance with Rez Abbasi of Min’s score “White Lotus” for the 1934 Chinese silent film “The Goddess” while the movie is shown

March 2 and 3, 2023, performance with Rez Abbasi of Min’s score “White Lotus” for the 1934 Chinese silent film “The Goddess” while the movie is shown at Studio 2 @ N.E.W, Portland. https://www.thirdangle.org/

April 15, 2023, performance with Rez Abbasi of Min’s score “White Lotus” for the 1934 Chinese silent film “The Goddess” while the movie is shown at Lincoln Center, New York. 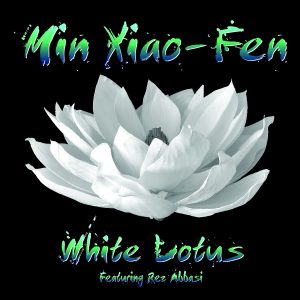 While Lotus was interviewed by NPR, Grammy, San Francisco Classical Voice and Jazziz and many others:

“[‘Annica’] from her new album White Lotus, out June 25, reveals ancient dimensions of harmony and order. What initially may have come off as strange and different becomes incontrovertibly human—something with a center of gravity in the heart or the guts.” https://www.grammy.com/grammys/news/min-xiao-fen-interview-white-lotus-pipa-traditional-chinese-music

“Min Xiao-Fen is one of the most innovative interpreters of the pipa…”  https://www.jazziz.com/jazziz-travel-4-min-xiao-fen/

“The score leans toward Chinese tradition at times, feels jazzy at other moments and recalls cinema themes at times; the boldness of Ennio Morricone could well come to the listener’s mind at passing moments…Xiao-Fen is always a wonder and the rich sound of Abbasi suits her well.” http://nycjazzrecord.com/issues/tnycjr202106.pdf

“Xiao-Fen makes music that is caught between the earth and the ether. She’s even started to score films; her upcoming album, White Lotus, out June 25, is a soundtrack to the long-lost 1934 Chinese silent film, The Goddess.” https://www.grammy.com/grammys/news/musicians-pushing-ancient-asian-instruments-future

“This is a gripping, dynamically shifting mix of styles that fits right into both artists’ constantly growing and paradigm-shifting bodies of work.” https://newyorkmusicdaily.wordpress.com/2021/06/26/minxiaofen/

“How I wish the musical fusion of East and West more frequently attained the synergies explored in this remarkable recording.”   https://www.artsjournal.com/uq/2021/07/savage-beauty-take-two.html

“The mix of pipa and guitar can range from a bluesy ‘Hatha’ and bodhi tree of ‘Bija” to a jazzy ‘Karuna’ with Abbasi mixing and matching moods to perfection. The conversations between the two are remarkable, betting folksy on ‘Champaka,’ while when Xiao-Fen goes solo voice on ‘Lotus,’ you think you’re entering a cathedral. Fusion at its richest root.”  https://www.jazzweekly.com/2021/07/ringer-of-the-weekmin-xiao-fen-white-lotus-featuring-rez-abbasi/ 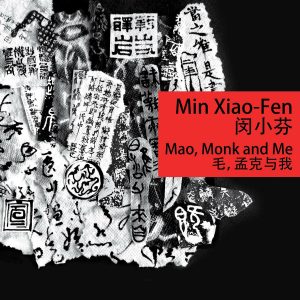 Min Xiao-Fen New Release “Mao, Monk and Me” – in celebration of the 100th Birthday of Thelonious Monk

CD “Mao, Monk and Me” is available on  Amazon

“Ms. Min, a spry and fearless practitioner of the pipa, a Chinese lute, has a new album out, titled “Mao, Monk and Me.” On it she performs and sings unaccompanied, blending the music of Thelonious Monk with Chinese folk song and her own experimental excursions… ” — Giovanni Russonello, The New York Times

“Mao, Monk and Me, an inventive solo homage from Min Xiao-Fen, who plays the four-stringed Chinese pipa. “ — Larry Blumenfeld, The Wall Street Journal

“Min Xiao-Fen is a masterful interpreter of Monk. Unburdened by instrumental lineage or cultural signifiers, she is free to treat Monk the same way Monet did his waterlilies…You’ve never heard Monk like this.” — Andrey Henkin, The New York City Jazz Record

“…Monk’s music has become intertwined with her own on Min’s most personal release to date, ‘Mao, Monk and Me.’ The striking album reimagines Monk’s iconic melodies for the pipa, the Chinese lute of which Min is a long-recognized master and innovator, fusing those jazz classics with traditional Chinese folk songs and Min’s startlingly original sounds.” —Shaun Brady , JAZZIZ

Born in the ancient capital of Nanjing, Min Xiao-Fen interweaves Chinese folk music, regional operas and Taoist music with the sounds of John Cage, jazz and blues. Her works transcend borders with their own brand of cutting-edge fusion. Min’s latest solo set, “Mao, Monk and Me,” features her treatments of jazz standards by Thelonious Monk mixed with their historical Chinese counterparts. As a young girl coming of age during the Cultural Revolution (1966-1976), the reformed Beijing Operas and folk songs she heard from the many regions were dedicated to the workers and soldiers. After moving to the United States, she was inspired once again – this time by Thelonious Monk.